Ghosts of Christmas past 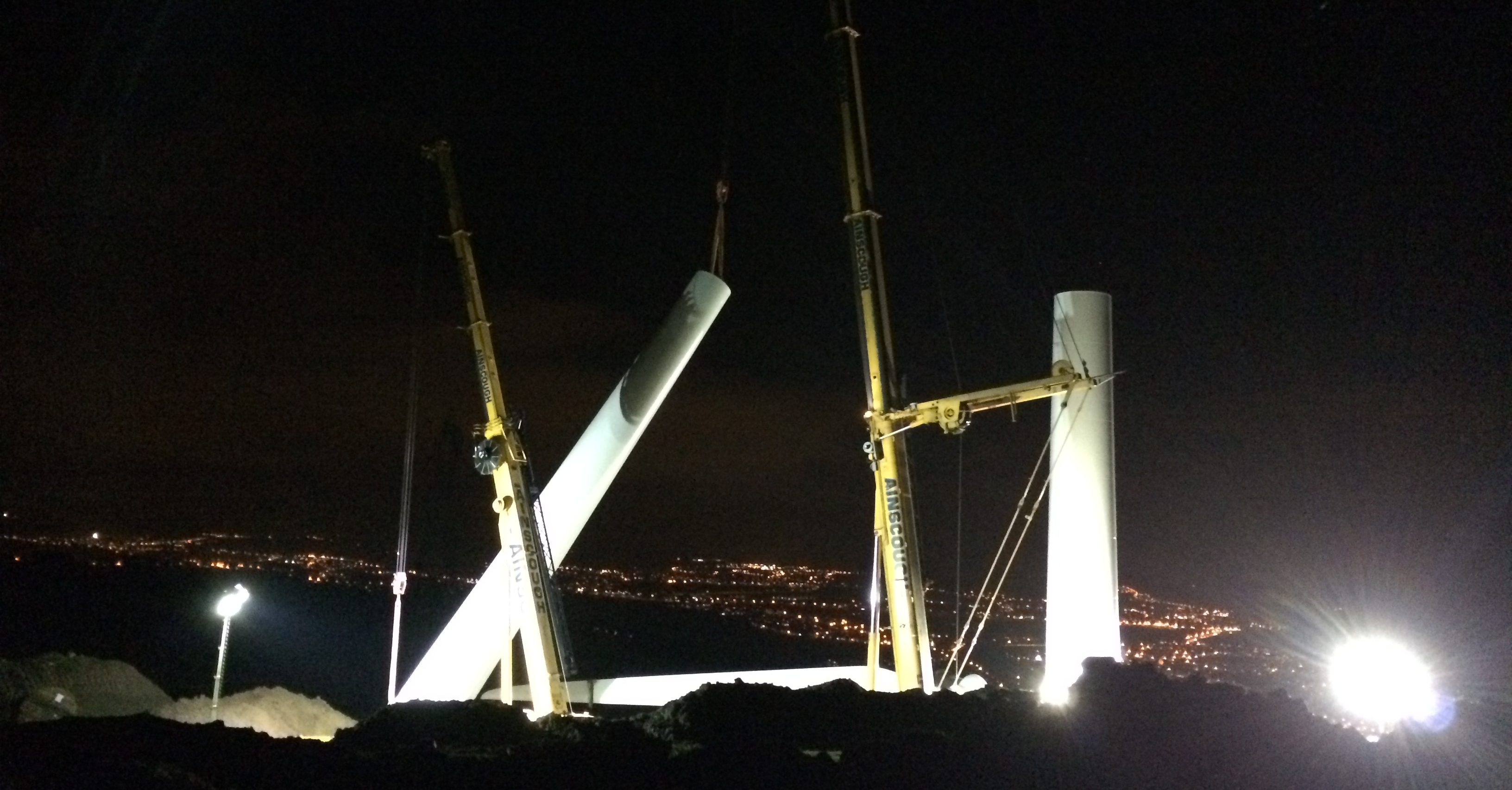 It’s that time of year when the flashbacks start for Robbie Brady.

As CleanEarth’s project manager on the Castell Llwyd wind turbine, the festive season will always bring to mind the outrageous sequence of deadlines and events that defined his 2015 Christmas.

“It really kicked off on 21st December,” recalls Robbie. “The planning application had been delayed a couple of times and it looked like the whole project might not happen. But the planning team managed to get an Extraordinary Council Meeting convened and suddenly we had a green light.”

This was obviously good news, but it came with a major rider: in order to be eligible for the full feed-in-tariff the turbine had to be commissioned by 15th January, just 25 days later. And 9 of those 25 days were either weekends or public holidays.

You want it when?

It usually takes three to six months from planning approval to turbine commissioning, so the timings were beyond tight. Having Christmas and New Year in the middle of the schedule did not help.

“We usually close for a couple of weeks at this time of year,” says Robbie, “and so do most of our suppliers. But we pursuaded a concrete plant to re-open for us and also had a steel mill fired up for the rebar. There were a few tricky conversations with family but in the end everyone rose to the challenge.”

In case things weren’t already tough enough, the weather now decided to intervene. Storm force winds and a road-blocking landslide had the turbine tower trapped in Campbeltown for three days, and when it eventually made it to south Wales it was greeted by further gales and heavy rain – this period seeing one nearby village recording 75 consecutive days of rainfall.

Despite this, the foundations were laid between Christmas and New Year and finally, on 14th January, a weather window opened up with 12 hours of lighter winds that allowed the lifting team to get the turbine vertical and the blades installed. It was energised just 24 hours ahead of the deadline. 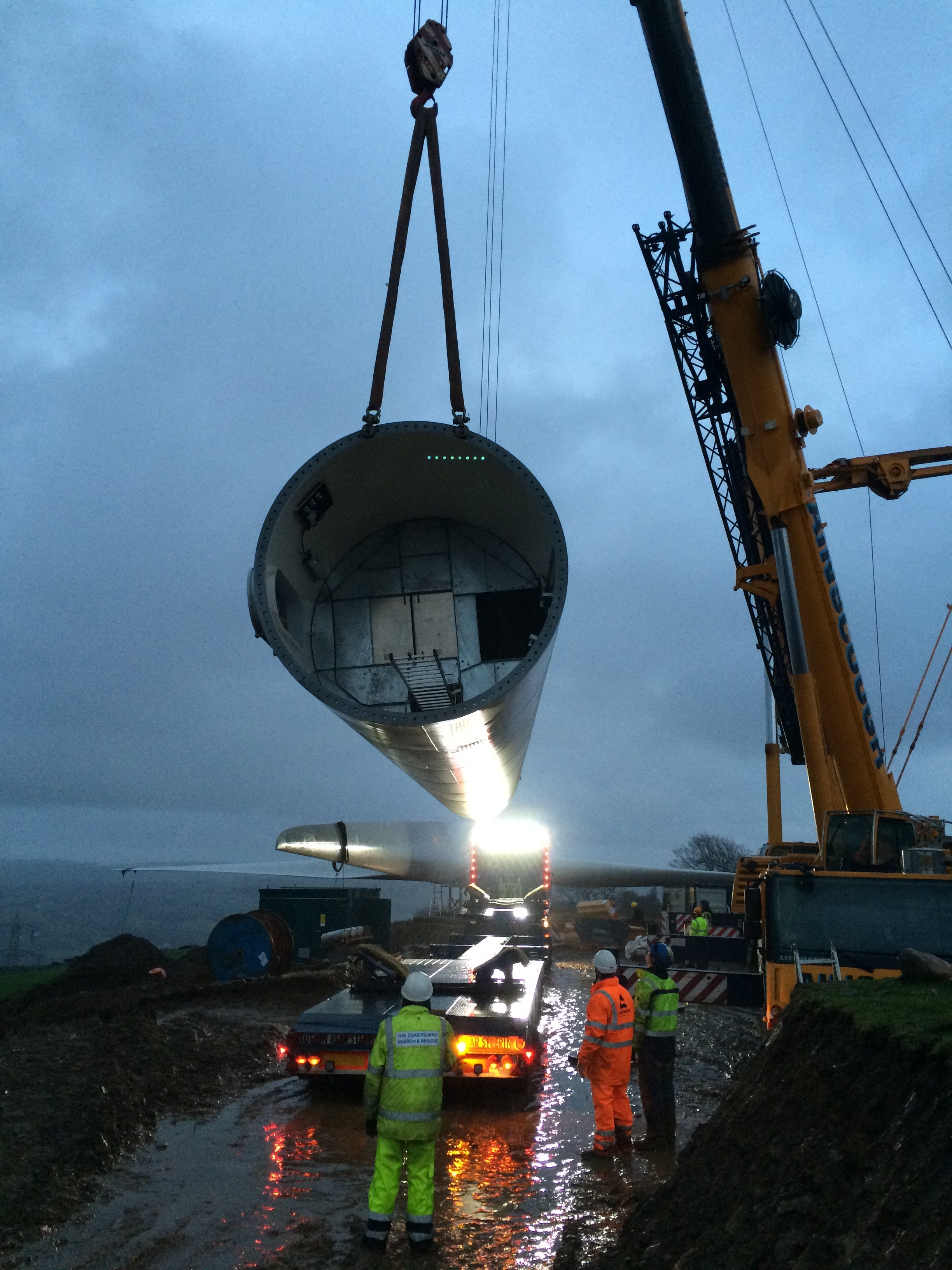 Finally some ‘decent’ weather for the big lift

“We generally work to timelines of weeks and months, not days,” says Robbie. “But this shows what can be achieved when we pull out all the stops. The never-say-die attitude of our contractors and the team at CleanEarth was something else. But I wouldn’t want every project to be like that!”

This year’s festive season looks a little quieter, with several installations in the planning and build stage but none of them working to such crazy timings as the Castell Llwyd wind turbine. As 21st December approaches, however, Robbie Brady isn’t letting his guard down: “I’ll only feel we’re in for a stress-free holiday when I’m tucking into turkey on Christmas Day!”