Our largest and most complex roof-mounted solar project yet 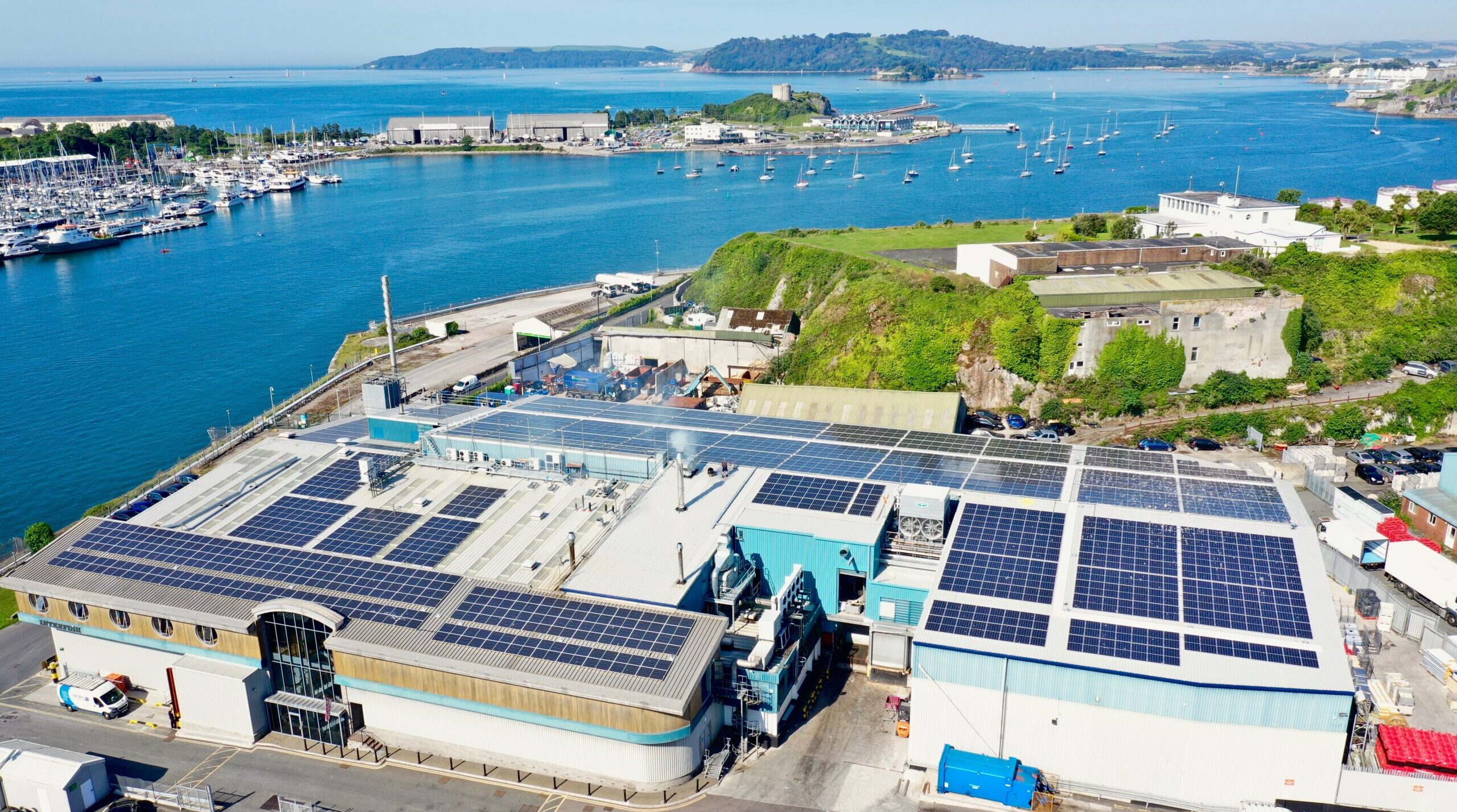 We’ve done quite a few solar PV installations for food manufacturers, but a recent project in Devon proved to be the biggest and most complicated we’ve completed so far.

At 508 kW it edged out our previous largest system on a single roof (although we’ve gone larger for sites with several buildings, and much bigger for ground-mounted solar farms). But the real challenges were not related to size.

The client wanted the system installed by this spring, but to keep things interesting they were embarking on a major re-roofing project at the same time.

This meant we had to co-ordinate with various other contractors, plan around when we could get the access we needed, and adjust to changing schedules and some of those inevitable ‘unforeseen circumstances’.

It was critical to ensure no disruption to the client’s business, which was busy 24/7 with goods arriving and departing. And with multiple roof pitches, orientations and vents to contend with, this was a challenging design for the team. Using SolarEdge inverters and optimisers helped get around these problems, as well as offering superior panel-level monitoring. 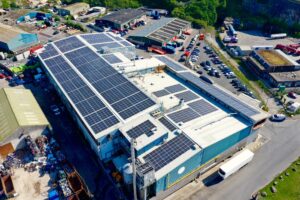 No help from mother nature

Despite the design and logistical challenges, we fitted the panels and rails from November through to January – which turned out to be one of the wettest and windiest winters on record.

The site’s location on the waterfront meant full exposure to the winter storms (and some damp installers at times). At 15 metres high, safety was a major focus not just for the installation but also for subsequent maintenance, so the design incorporated an access walkway with fall-protection lifeline from STQ Vantage.

Even with the unhelpful weather, we finished work on the roof by late January. But final connection to the grid had to wait until another construction project was completed at ground level to house the inverters, metering and switchgear.

By the time this was ready, the country had gone into Covid-19 lockdown, so the final stage of grid connection was conducted under additional safety and social distancing constraints.

Chilled in the sunshine

The project’s completion came as the UK was enjoying its sunniest spring since records began.

With massive cold storage capacity in their 5,000 sq m facility, the client’s high baseload demand is now being met in part by power they are generating themselves. And as records continue to fall for solar power generation, there couldn’t be a better time to have made that investment. 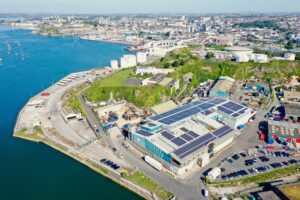 The 1,300 panels will generate electricity at an equivalent forward cost of just 4p per kWh, and at a rate of nearly 500 MWh per year – for the next 25 years.

With 100% of that generation being consumed on-site, that’s a great way to keep the lights on and the food chilled while also preventing 130 tonnes of carbon from being emitted each year.

As Ed Lennon, CleanEarth’s Commercial Manager says: “For food manufacturers and processors, where continuous chilling or freezing is fundamental to the business, solar PV is the perfect fit.”