‘A first of its kind’ for UK business: CleanEarth wind turbine for Accolade Wines 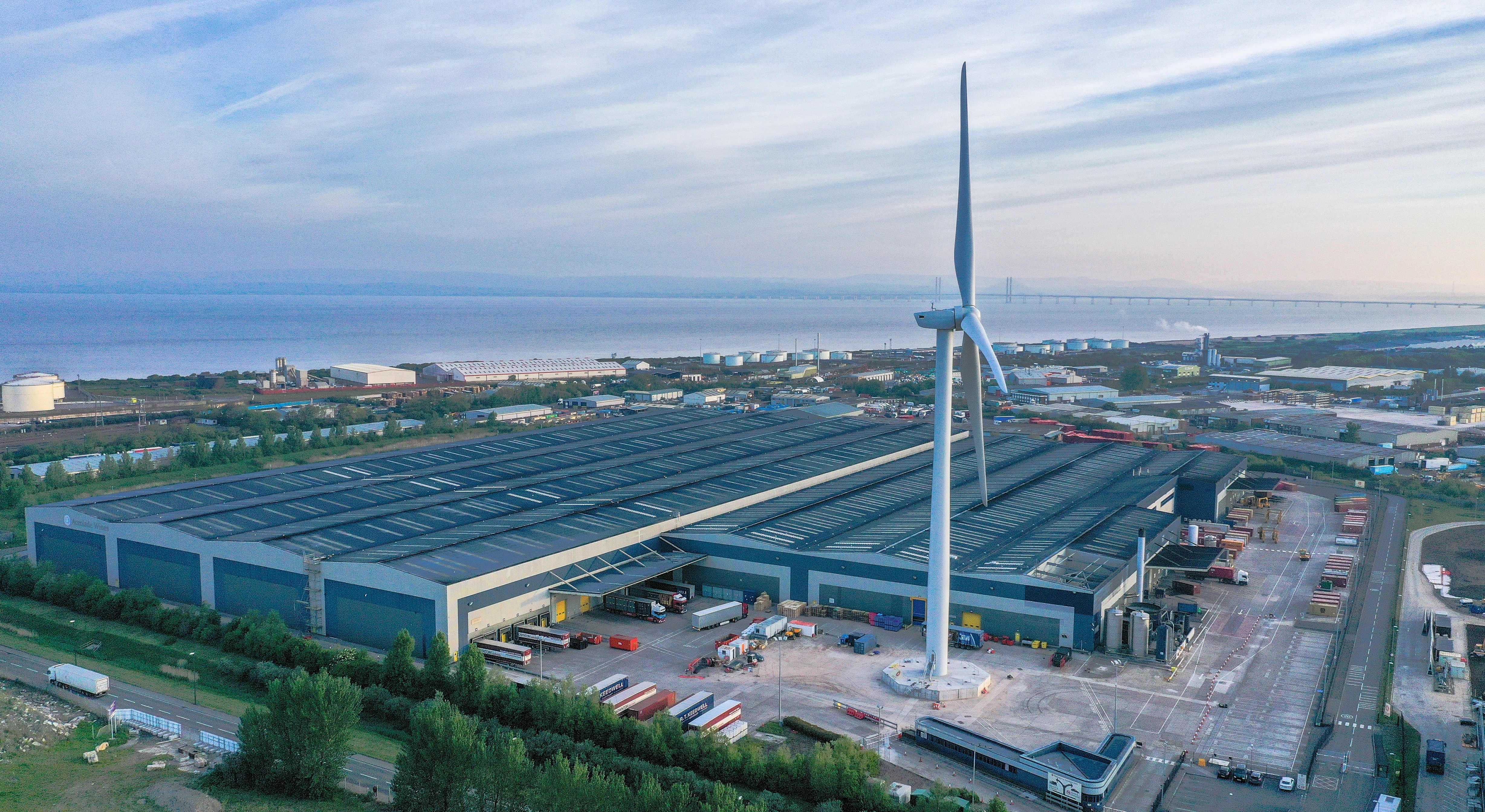 At CleanEarth we are always delighted when a major wind turbine project comes to fruition, but this one has particular significance because it sets an important precedent for UK businesses.

Our 2.5 MW wind turbine at Accolade Wines’ Avonmouth distribution centre is the first to be constructed for a business that does not own the property the turbine has been built on.

Most large enterprises lease their land and buildings, and they usually assume that their landlord won’t agree to a turbine because they won’t see any direct benefit.

As CleanEarth’s MD Dean Robson puts it, “we’ve talked to numerous businesses that would go for wind generation without hesitation, but because they don’t own the building they assume it’s a non-starter.”

As the UK’s Sustainable Manufacturer of the Year in 2018, Accolade Wines were as determined as we were to see the turbine built.

The positive environmental and economic impacts of the project were clear from the outset. As Richard Lloyd, Accolade Wines’ General Manager of European Operations says, “this single turbine will save 2,500 tonnes in carbon emissions every year while significantly reducing our energy bills.

“The urgent need to decarbonise our electricity was becoming more evident and having our own wind turbine was the optimum solution,” says Lloyd. “So we were determined to find a way to make this happen.”

Ultimately, Accolade Wines persuaded their landlord that responsibility for developing carbon-free industry rests with everybody involved, not just with the businesses that consume the most energy. Every enterprise in every sector needs to find ways to reduce not only its own emissions, but also those of everyone it does business with.

Charlie Seaton, a Director of Roebuck Asset Management, who manage Accolade Park on behalf of the owners commented, “this is a pioneering renewable energy initiative in the commercial property sector. We are confident it will set a precedent that others are sure to follow. Pressure from all quarters – shareholders, consumers, politicians, the media – it’s only going to increase. Landlords need to be alive to these challenges and should be setting their own environmental commitments.

“Developing on-site renewables for tenants is also a way for property owners to add value to their assets,” he continued. “As more businesses require carbon-free energy as part of their sustainability obligation, landlords will gain competitive advantage if it’s available at the point of consumption”.

A template for the future

Industrial sites such as Accolade Park are ideal candidates for wind generation. They’re where the electricity is needed, are removed from residential properties and are far less prone to the aesthetic sensitivities that often stand in the way of planning approval.

Until now these opportunities have gone largely unexplored due to the legal complexities and negative perceptions around landlord co-operation.

But this turbine for Accolade Wines sets a precedent that could see many more heavy energy consumers committing to on-site turbines to power their businesses – expanding the potential for onshore wind development in the UK.

In Dean Robson’s words, “this was never going to be easy. But we knew that it was achievable with the right partner. It’s taken a lot of time and effort, but Accolade Wines and CleanEarth have achieved what many said could not be done. Hopefully this is the first of many.”