Coming back for more

We are on track to complete at least five extensions, representing almost 500 kW of new renewable capacity. While some of the systems were originally installed by CleanEarth, we have also extended arrays that were completed by other installers.

In every case, the business owner has recognised the commercial and environmental benefits and is looking to increase their green commitments and their energy cost savings.

Cladco Profiles’ original system was completed in 2015, when the Feed-in Tariff was still available and was a major element in the commercial viability. Without the FIT, the returns at the time would not have stood up.

Now, however, the economics look very different thanks to the lower cost of solar generation and the higher cost of power from the grid. In fact, solar – along with its fellow renewable, wind power – is now significantly cheaper than any fossil fuel alternative. 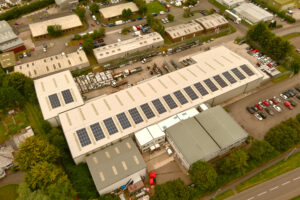 This means that new solar installations are delivering excellent returns and shorter payback periods with zero subsidy. And any system that qualified for the FIT when it was first installed will continue to receive it – it’s just the extension that won’t be eligible.

Cladco can now boast a 100 kW array on their Okehampton headquarters, along with another 67 kW at their nearby storage facility.

Hawkridge Cheese initially invested in 30 kW of solar on their Crediton dairy in January 2019 and were so impressed they’ve more than doubled it with another 35 kW.

As Simon Baker, Hawkridge’s Managing Director explains, “We were delighted with the results from CleanEarth’s original installation, which more than lived up to their predictions for output and cost savings. So extending it to cover the other half of the roof was a no-brainer.”

Hawkridge have a firm commitment to environmental responsibility, with carbon saving, waste reduction and afforestation high on the agenda.

“Where possible we try to lead by example,” says Simon. “Working in our beautiful Devon environment, we have an awareness of the responsibility to our children and future generations, and it is only too important we play our part!” 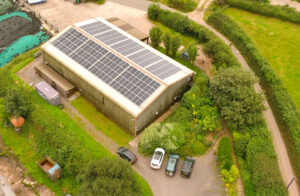 CleanEarth have also been commissioned to add 200 kW to the 245 kW array they installed for Hillbrush in 2017. And we’ve extended other installers’ projects for Ludlow Brewing Company and MA Grigg to many times the size of the originals.

The growth in both new and extended solar capacity is reflected in a recent report from npower Business Solutions, which found that solar power was the most popular choice for businesses planning to invest in on-site generation – with 77% favouring solar.

According to Ed Lennon, CleanEarth’s Commercial Manager, “Some of them may have started small because of budget constraints or risk aversion, and are looking to extend now that they’ve seen the promise fulfilled.”

Others are scaling up on self-generation to match a growth in their operations. And in all cases, there’s a recognition that the double whammy of reducing both costs and emissions is a compelling argument in favour of renewables.

“It’s great to see businesses maximising the opportunity here,” says Ed. “If there’s room on the roof, it’s always worth a second look.”