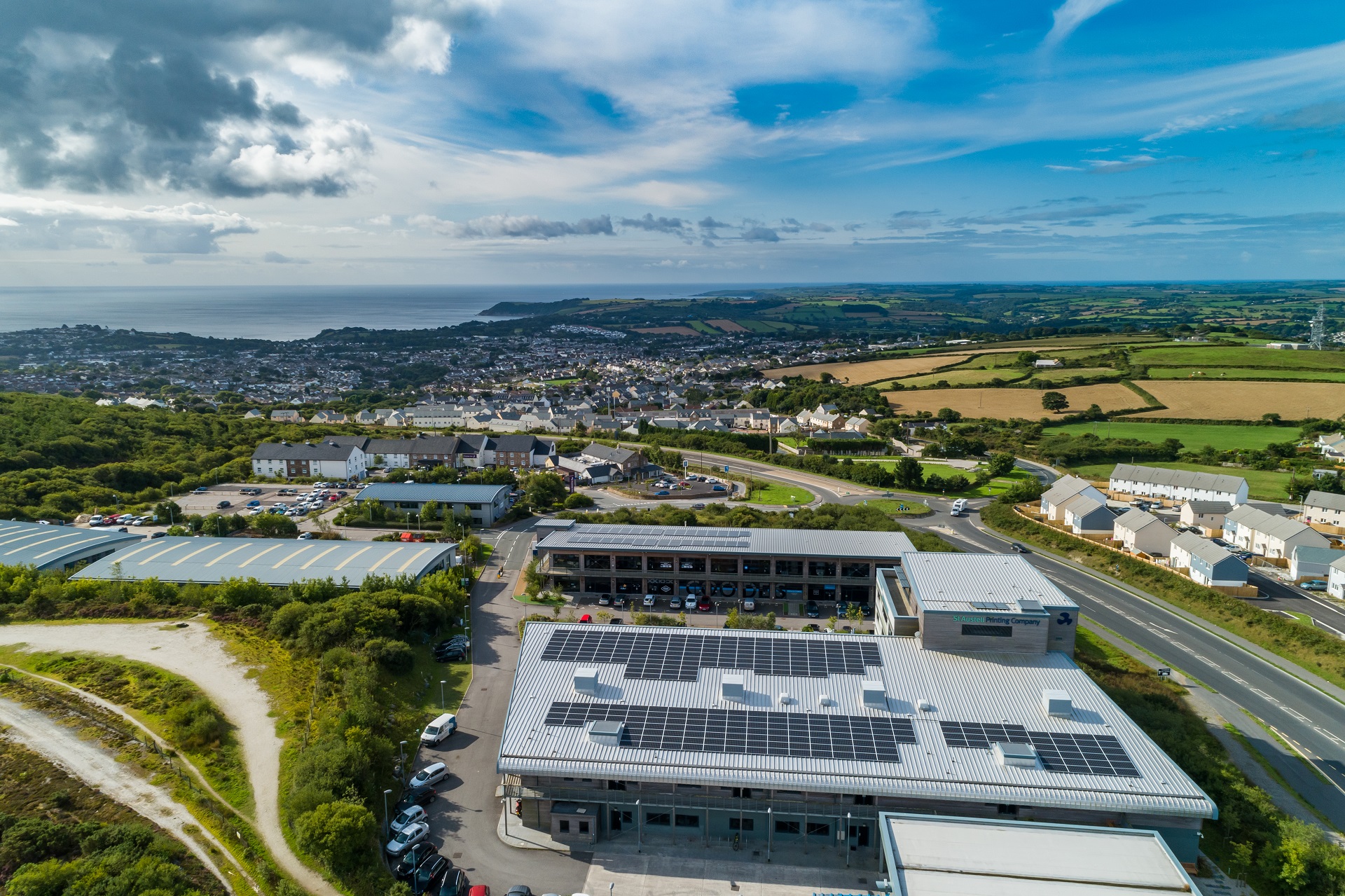 The St Austell Printing Company (SAPC) are one of the south west’s sustainability trailblazers, and CleanEarth are proud to be working with them on further reducing their carbon footprint.

The completion of a 150 kWp solar PV system is the latest example of the company’s commitment to the environment. Split across the roofs of two buildings on SAPC’s state of the art campus, it will generate 130,000 kWh every year, with almost all of that being consumed on-site.

“Printing is an energy-intensive business,” says Beth Mayman, SAPC’s operations manager, “so it makes commercial sense to generate as much of our own electricity as we can – especially as it will also keep 45 tons of carbon out of the atmosphere each year.”

With the solar feed-in tariff (FIT) being phased out from April next year, SAPC were keen to get the project completed and have the additional financial incentive locked in for the lifetime of the system.

As Ed Lennon, CleanEarth’s commercial manager explains, “any solar PV system commissioned ahead of 31 March 2019 will still be eligible for the feed-in tariff, which reduces the pay-pack time on the investment. With rising energy costs, solar will still make commercial sense but the pay-back period will be a year or two longer.”

Companies that are thinking of going solar should act sooner rather than later if they want to maximise the financial returns. 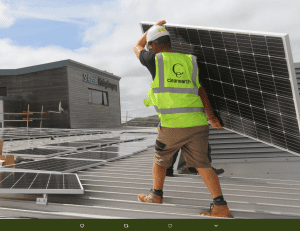 Going solar had always been part of the long-term plan for the St Austell Printing Company. They built their new factory using sustainable materials and were awarded an ‘Excellent’ BREEAM rating – the world’s leading sustainability assessment for buildings.

Their environmental commitment also extends to using only recycled and sustainably sourced papers, following strict waste management practices (100% of waste paper is recycled), and even harvesting rainwater for the toilets.

CleanEarth will continue to work with SAPC to maximise the output and efficiency of their solar generation, providing operational and maintenance services for the 25-year life of the system. Electric vehicle charging points and LED lighting are also in the pipeline as the two companies work together to make SAPC one of the region’s greenest businesses.

While Cornwall’s enviable sunshine makes it ideal for solar generation, the area around St Austell is also a hotspot for renewables of another sort.

From the newly PV-panelled roof of St Austell Printing Company, no fewer than three CleanEarth wind turbines can be spotted. Within a file mile radius are six of our turbines as well as another 250 kW solar installation. And work is currently under way on a 2.5 MW solar farm just a mile away at Lower Ninestones.

“As a Cornish-based business, we know just how pioneering the county has been in the development of renewables,” says Ed. “And it’s fantastic to work with businesses like St Austell Printing Company, when their environmental vision and values are so close to our own.” 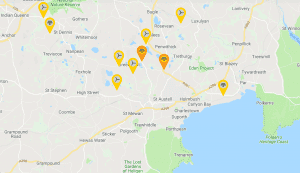